H.B. Fleming was approached by a joint group of property owners to design and install a seawall intended to replace a failing 630 foot long timber wall. We designed a replacement wall system and applied for a Maine DEP permit on behalf of the property owners. The permit request was granted and materials were secured for the project.

H.B. Fleming proposed to the Maine Department of Environmental Protection (MDEP) to replace and existing 630-foot long timber seawall with a new seawall constructed of 18′ long steel driven sheet piles.  The existing wall was constructed of pressure-treated timber piles up to 18 feet in length spaced approximately six feet center to center.  Horizontal boards (lagging) connected the piles, creating a continuous wall varying in height depending on the season.  The normal summer wall exposure is 4 feet in height.  The existing wall was supported with steel tieback rods connected to buried deadmen behind the wall in the existing sand dune.

During the winter season, ocean currents and storms lower the beach profile so that up to six feet or more of the the existing wall was visible.  The existing wall was out of plumb and leaned seaward in many locations.  Sand had washed out below the wall in a number of locations, causing voids behind the wall.  These conditions became a nuisance to the landowners and resulted in continual maintenance in order to prevent the wall from failing structurally.  This failing condition was also disturbing the natural coastal sand dune.

Due to the harsh marine environment, ASTM A690 “Mariner Grade” steel sheets were chosen to replace the failing seawall. Steel sheet piles provide a stable and long-term solution to retaining the homeowners’ beachfront property. As a condition of permit approval, the new wall was installed landward 5 feet from the existing structure.  Any disturbance to the existing sand dune during construction was restored with planted American Beach Grass.

The proposed project was reviewed by a biologist from the Maine Department of Inland Fisheries and Wildlife (MDIFW).  It was stated that this beach location provides foraging habitat for Piping Plovers, which are protected under the Maine Endangered Species Act. This limited construction activities to September 1 through March 31.  A coastal geologist from the Maine Geological Survey (MGS) also visited the site with Maine Department of Environmental Protection (MDEP) staff to review the proposed project and to ensure that the project would not interfere with the natural supply and movement of sand and gravel within the sand dune system.

The existing wall was demolished in small sections in order to ensure we would be able to close the gap each night with new sheet piles.  This eliminated any chance of  further sand dune erosion if an overnight storm occurred.  The new 18′ long sheet piles were driven and fitted with a steel cap.  Although the new wall could withstand a cantilever condition,  the existing tierods and deadman were re-used to provide additional support.  Both ends of the wall terminated with a radius to minimize end-effect erosion to adjacent properties.  The new wall will protect the homeowners’ properties for many years against storms that hit the Maine coastline each winter.  The project was a success on many fronts. Most importantly, four property owners were pleased with the finished product that H.B. Fleming provided. 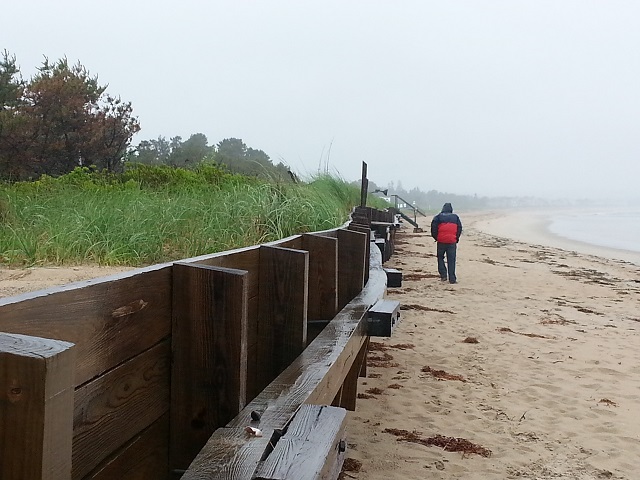 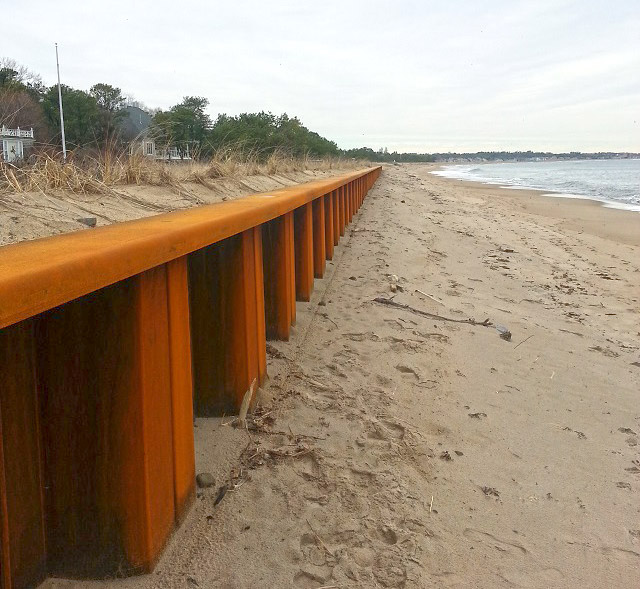 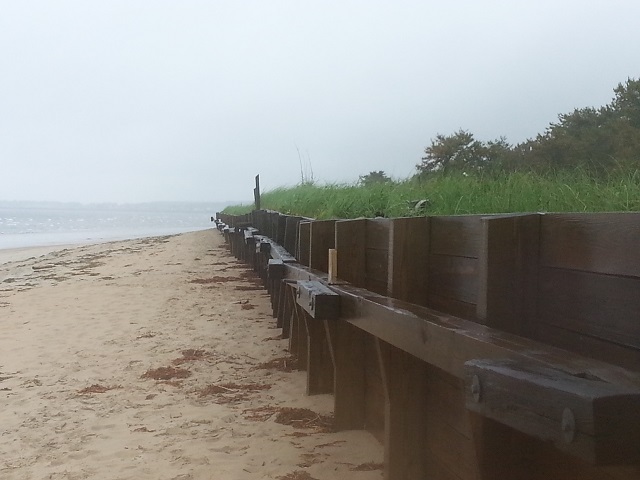 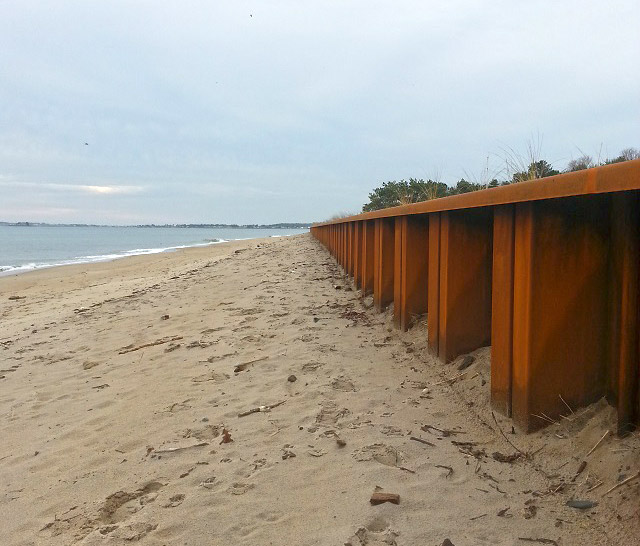 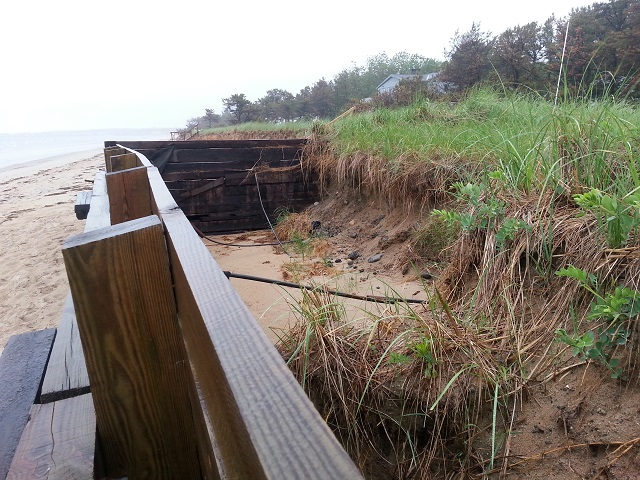 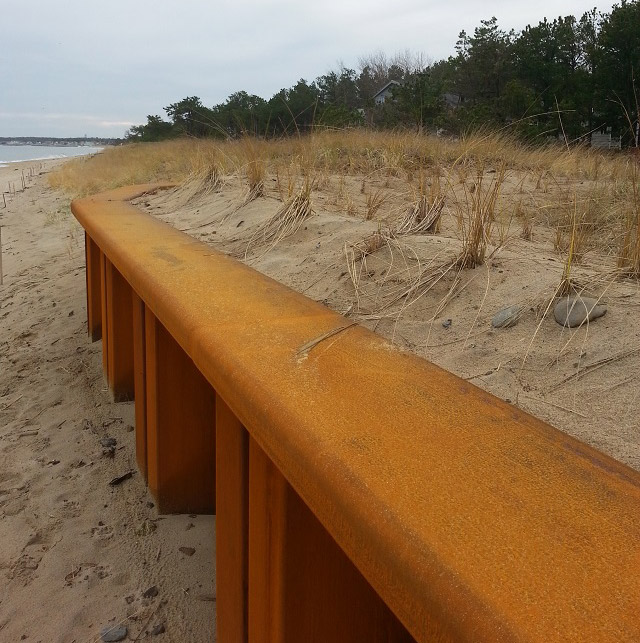 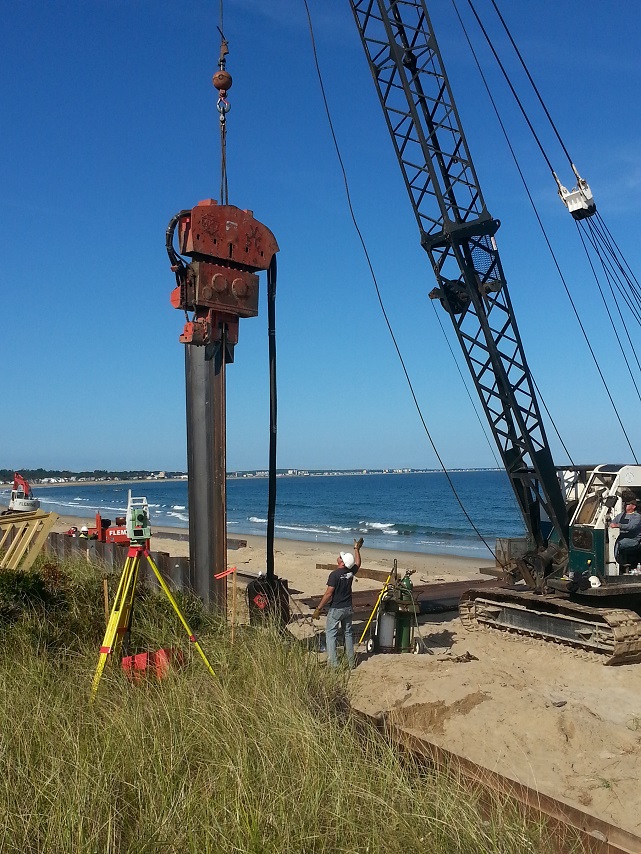 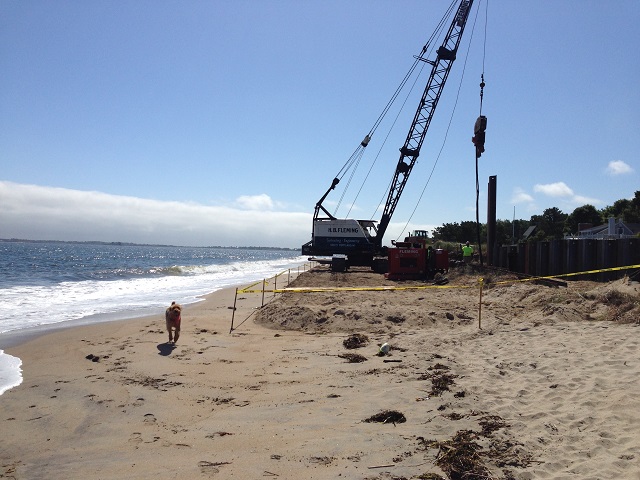 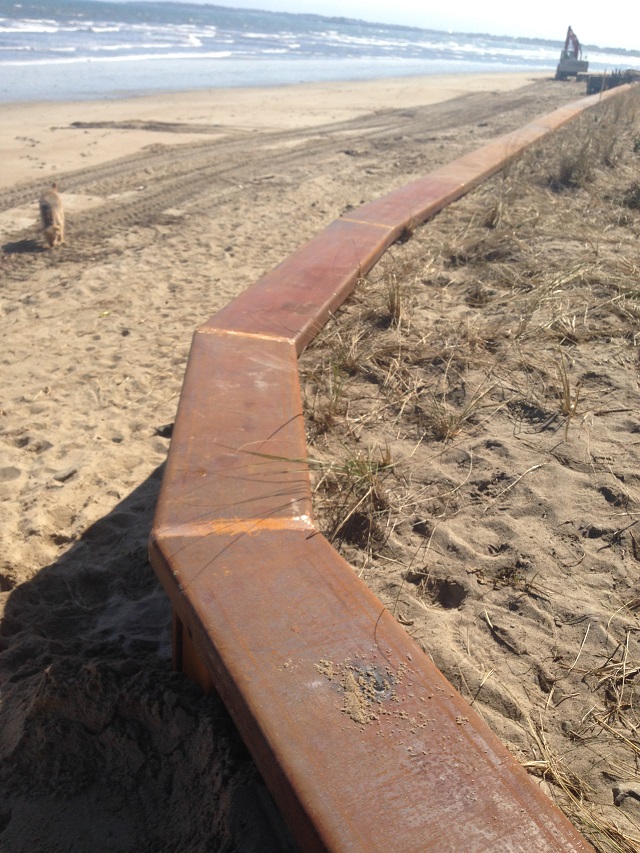 The wall was fitted with a steel channel cap 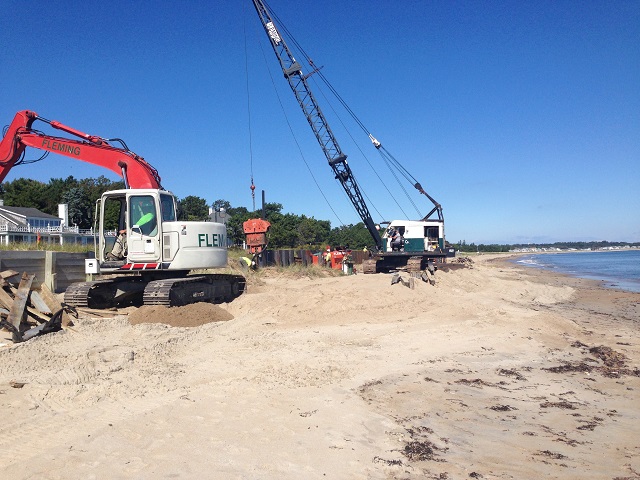