H.B. Fleming was started in 1955 by Howard B. Fleming and Ray Erickson.  At that time the company focused mainly on pile driving and marine work.  Howard built and managed the business and Ray acted as an executive partner.

Since that time, the company has changed ownership three times.  In 1973, Richard Ingalls and Don Erickson bought H.B. Fleming after working in the field for several years.  In 1993, Dean Sciaraffa and John Linscott III purchased the company.  In 2014/2015, Dean and John sold the business to John “Scotty” Linscott IV and David Gifford. Dean Sciaraffa serves as corporate director and maintains an active role in H.B. Fleming’s daily activities.

During the 1970′s and 1980′s the company continued driving pile and installing marine pipes as a specialty contractor until Dean and John took ownership. The company has expanded to include not only pile driving, but excavation support walls, cofferdams, ground improvement, subaqueous pipelines, design-build bridges, retaining walls, and drilled shafts.  We also complete unusual contracts where excavation support or pile driving inside of an existing building is required, and traditional methods cannot be used. 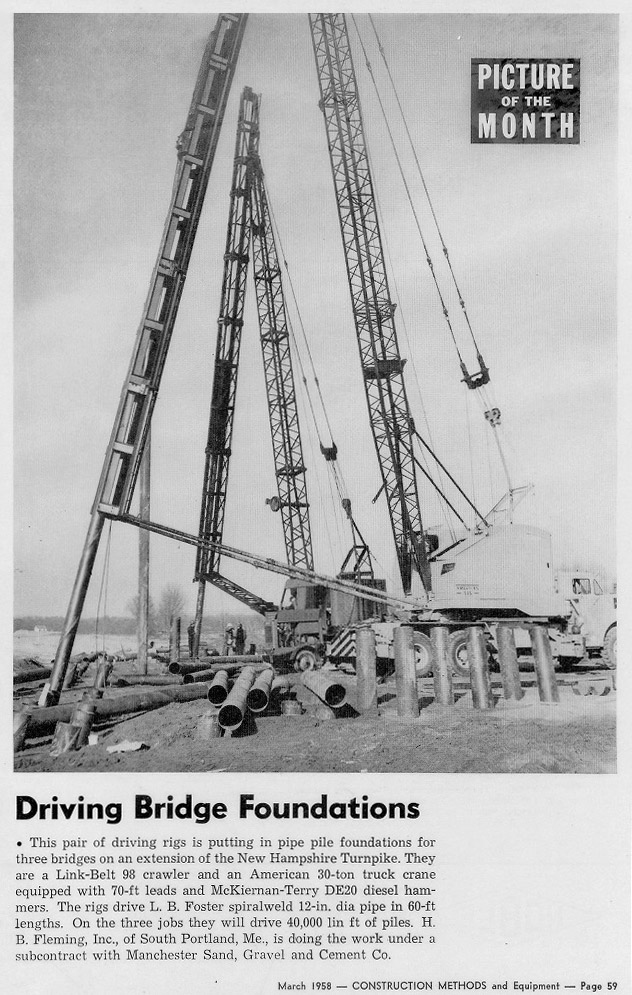 This page is from a featured article in CONSTRUCTION METHODS and Equipment in 1958. 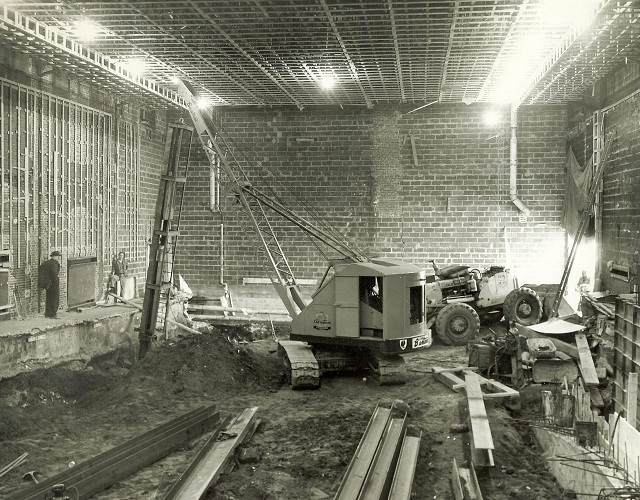 This picture is showing a crane driving pile inside the YMCA in Bath, ME – 1962 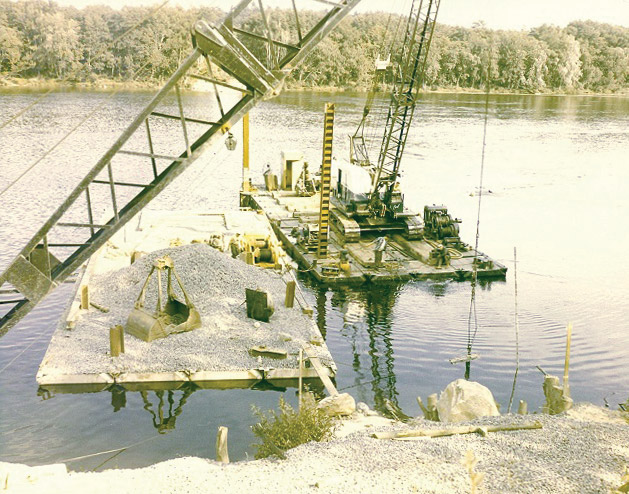 This picture was taken in 1970 on the Kennebec River in Waterville, ME